Top 5 London things to see and do in 48 hours 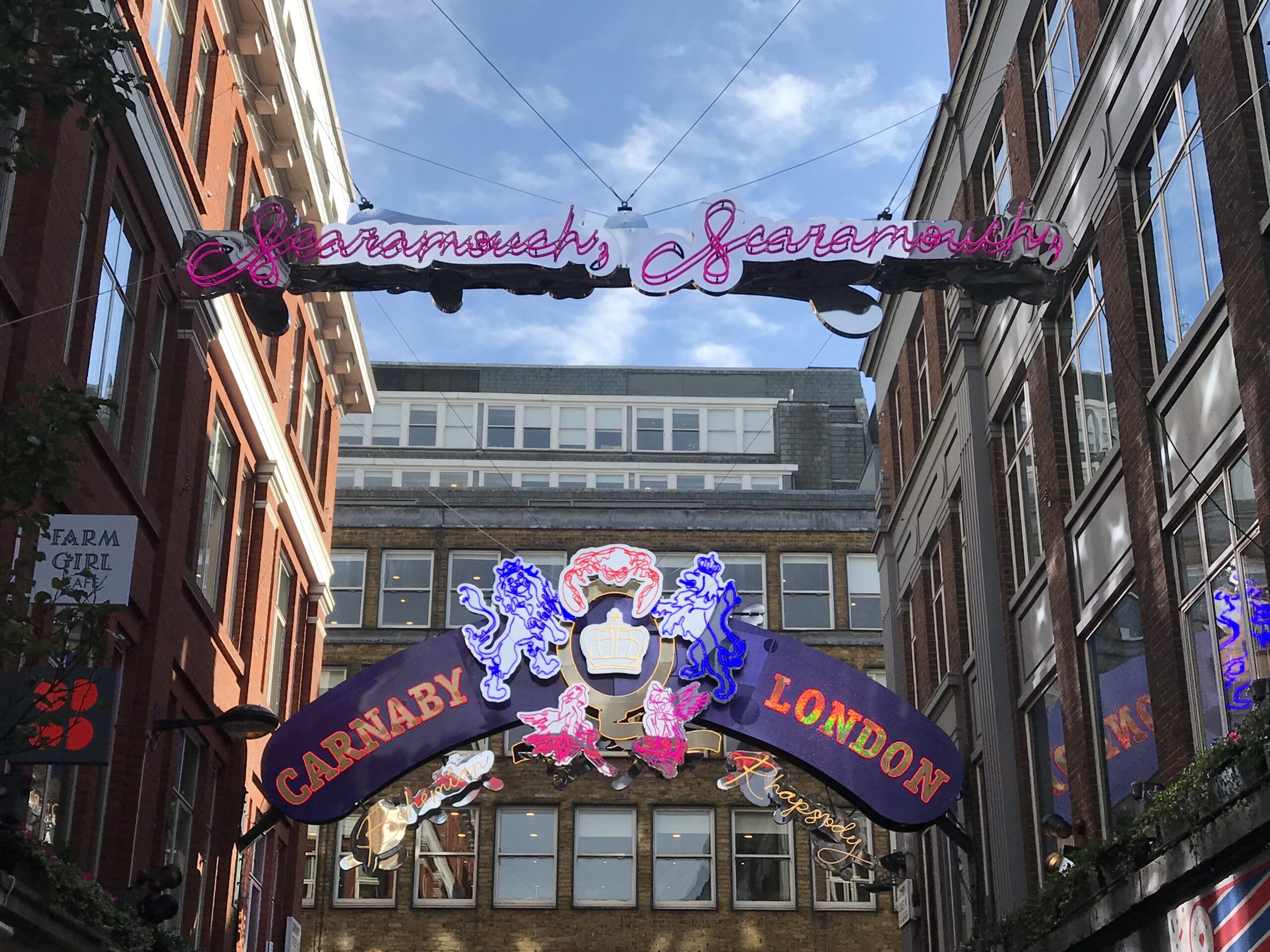 After my most recent whistle-stop tour including the hustle and bustle of arguably one of the most famous capital cities, London I’m going to share ‘My Top 5 things to do in London’ from this visit.

One of the main reasons most travellers decide to come to London is for the Royal Family. Since Meghan Markle claimed her stake in the Royal Family, and indeed in history, it has been estimated that she has brought in over a billion pounds to the economy.           View this post on Instagram

London is steeped in rich Royal history which you can fully get involved in. Make sure you take a walk up The Mall to the gates of Buckingham Palace. It is a most splendid sight and if you time it right you can see the famous Changing of the Guard.

During the summer, you are able to book a tour of the 19 spectacular State Rooms inside Buckingham Palace. These magnificent rooms are decorated with some of the greatest treasures from the Royal Collection, including paintings by Rembrandt, Rubens and Van Dyck.

You can book your tickets here.

The palace of secret stories and public lives has been influenced by generations of royal women. Why not take a visit and experience life as an 18th-century royal courtier whilst making your way through the magnificent King’s and Queen’s State Apartments. Which are all adorned with remarkable paintings from the Royal Collection.

With two fabulous exhibitions if you love the Royals as much as I do then it is simply a must.

Victoria Revealed, set within the rooms Queen Victoria lived in as a child. This is an exhibition that explores her life and reign as wife, mother, Queen and Empress.

Diana: Her Fashion Story – Kensington Palace’s newest exhibition. This traces the evolution of Diana’s style; from the demure, romantic outfits of her first public appearances to the glamour, elegance and confidence of her later life. Highlights include the pink blouse worn for Diana’s engagement portrait in 1981. As well as the ink blue velvet gown, worn when the princess danced with John Travolta.

Book your tickets to the exhibits at Kensington Palace here.

The Tower of London

Quite possibly one for the children who love the Horrible History series, although equally as interesting for all. Despite the Tower of London’s extremely grim reputation as a place of torture and death. When you take the tour, discover the history of a royal palace. An armoury and a powerful fortress.

Did you know technically the Tower can be classed as the first London Zoo? You’ll not want to miss Royal Beasts where you’ll discover the wild and wonderous animals that have inhabited the Tower.

If The Tower of London fills all your royal needs you can grab tickets here.

Other places of interest that you might want to include on your Royal Family tour include;

And now we have an American princess, the Royals are sooooo cosmopolitan, just as it should be. Long may they reign.

Going to see a show in the West End is an absolute must do. Whether it is a matinee or an evening show there is a complete buzz around the West End Theatre Land. TKTS booth in Leicester Square sells half-priced theatre tickets so if you are open to see any show this is a great way to save.

We had been booked to see Hamilton for several months and we weren’t disappointed, it was everything the critics raved about and then even more. It’s difficult to stop singing ‘Alexander Hamilton’ at the top of your voice once you leave this extremely fast-paced hip-hop rap historical musical.

It was truly spectacular and so far this year has been my most favourite. I did feel it was so fast that I probably could have gone straight back in to catch up on the intricate and extremely clever dialogue that I may have missed the first time around.

There are plenty of shows to see including old favourites like Les Miserables or new shows like Jamie the Musical. Going to any theatre is one of my most favourite things to do and when in London it’s always top of the list.

We managed to cram in quite a few restaurants in our short visit.

Read also; 3 Restaurants you’ll want to dine at in London/

Brunch at The Ivy is reasonably priced and a lovely taste of Chelsea. Great for an Instagram shot or two. With botanical themed decor and comfortable seating, there is a calm sophisticated ambience to the restaurant. The staff are attentive and the food is good value and tasty.

I opted for the Full English breakfast priced at £13.50 which included toast and thought for London this was really good value. The Ivy also has branches for brunch in Edinburgh, Harrogate and Leeds to name but a few. With the addition of a 4 floor Ivy opening in Manchester very soon having just been announced.

Lunch at the German Gymnasium was an absolute treat. Located just outside St Pancras & Kings Cross Stations it’s a building I’ve meandered past a couple of times. This wonderful restaurant was originally a German Gymnasium and serves traditional German Fayre.

Again reasonably priced and great tasting food. With gorgeous modern interiors, this opulent dining space is again oh so instagrammable, with a nod to the German heritage. Enjoy a pint of bier in an authentic tankard whilst you choose which way you’d like your traditional German sausage served. The menu is expansive and if you’re not a fan of sausage there are chicken and vegetarian options to choose from too.

Our final stop was The Oxo Tower located on the embankment.

We enjoyed an evening meal at the rooftop restaurant. As a Harvey Nichols owned restaurant it is London priced, however, well worth it for the exceptional nighttime skyline views. The contemporary restaurant is comfortable with tub chair seating. There is a happy vibrancy to the restaurant brought about mainly by the lovely staff.

The food is excellent and plentiful. Out on the viewing platform the London skyline all lit up at night is stunning from the tasteful lighting of St Paul’s to the bright lights of the London Eye. Iconic London double-decker buses line up across the bridges and add their own light show to the evening sky. Definitely worth a visit for a special occasion.

Of course, no trip to London is complete without a bit of window shopping. Hit the hustle and bustle of Oxford Street & Regent Street for your fix of high street brands. If you’re looking for something a little more exclusive and luxurious make sure you stop by Liberty and Harrods. They both are a must and tourist attractions in their own right.

Carnaby Street has to be one of my most favourite tourist things to do. With the launch of Queen’s Bohemian Rhapsody in cinemas, the street is currently festooned with snatches of lyrics all lit up and flashing overhead. It really is a spectacle to behold.

There is a great vibe in and around the Carnaby area all year round day and night so make sure you make some time to enjoy it.

With Carnaby ever changing they host some great parties, in particular, their Christmas light switch on which is a spectacle in itself.

There we have it, a whistle-stop tour of my top 5 things to see and do in London. Have you been to London lately? If so what did you get up to? I’d love to hear where you enjoyed visiting in the comments below

Pin me for later

2018-10-31
Previous Post: Thomas Tipple Enigmatic Cocktail’s in a can
Next Post: How to Take Your Blog to The Next Level
This error message is only visible to WordPress admins

Please go to the Instagram Feed settings page to create a feed.